Apple today seeded the sixth betas of iOS 14 and iPadOS 14 to builders for testing functions, updating and refining a number of the options which can be included within the software.

As the beta testing period goes on, changes get a lot smaller and less notable. The sixth beta has some minor tweaks and feature additions, however there aren’t any actual major modifications within the update. We’ve listed all of what is new within the sixth beta of ‌iOS 14‌ below.

The time picker interface, available within the Clock app when setting an alarm and other places in iOS, has seen a slight design tweak that adds an orange field across the time to make it more obvious that it can be interacted with to change the time.

Spatial Audio, the feature that brings surround sound to the AirPods Pro, isn’t implemented as of yet, however Apple seems to be gearing up to add the feature to ‌iOS 14‌ and the ‌AirPods Pro‌. In today’s beta, there is a new Spatial Audio toggle available within the Accessibility part of the Settings app. Choose AirPods after which at the bottom of the screen, there is a “Follow iPhone” toggle. Follow ‌iPhone‌ makes audio for supported movies and TV shows sound like it’s coming from the phone instead of following head movement. There’s additionally new code and internal messaging associated to the spatial audio feature. Though this toggle is available, Spatial Audio isn’t yet functional.

There’s a new splash screen for the Maps app that allows you to find out about new features that include biking directions, curated guides, and support for speed cameras. 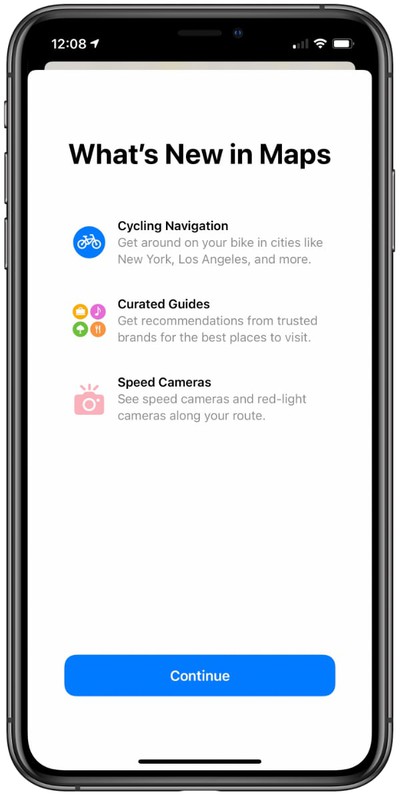 Know of any other changes in ‌‌iOS 14‌‌ Beta 6 that we did not list here?
Let us know down below.