Razer recently announced its first pair of smart glasses. The company, well-known for gaming accessories such as advanced gaming mice and mouse mats, has been developing some unusual products in recent times. The announcement of the Anzu Smart Glasses comes after reports of Facebook and Samsung’s smart glass devices.

Razer is offering the lens in two different variants – a clear one with 35% blue light blockage and a sunglass lens with 99% UV protection. It also comes in both round and rectangular frames. 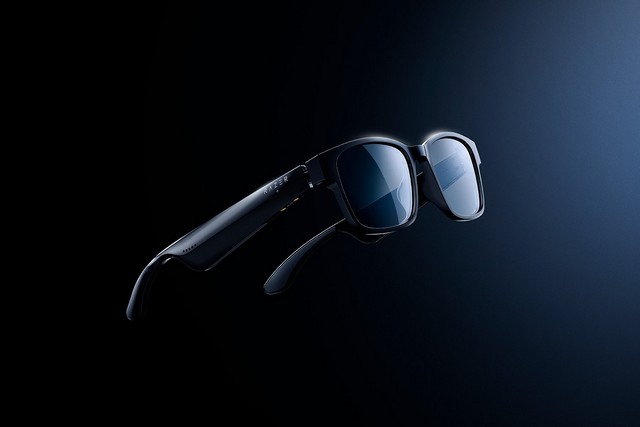 A truly wireless design for this is used by the company that splits the left and right speakers into completely individual units. As per Razer, this design is to improve comfort and make the device more flexible. This, however, may result in occasional audio dropouts on one side and comes with a charging solution that involves charging both the temples at the same time via the pogo pins on each one.

The Anzu Smart Glass has two 16mm drivers on each side. It also has touch-responsive tap gesture controls on either side that will obviously let you change the tracks, answer calls or summon a voice assistant.

The glasses are IPX4-rated for water resistance, which is not impressive, so you might want to be careful with heavy rain. The company also mentioned that it has cut Bluetooth latency down to 60ms. The only downside is the sound bleed. It’s a major issue when it comes to audio glasses. Razer mentions that people within one hand distance can probably hear the music.

The glasses come in a leatherette case with a magnetic latch and it also has a flap for storing your charging cable. Now, coming to the battery life, the Anzu Smart Glasses can last up to two weeks on standby when folded shut. Moreover, when it is opened, it automatically pairs with the last device to which it was connected. Razer also mentions that the Anzu glasses can run “up to five hours” on a single charge.

They are priced at $199.99 and are available on Razer.com and RazerStores. And for North American citizens it is best to check out Best Buy US and Best Buy Canada.

Previous articleNew Pixel Buds Coming Mid-April with high chances of Google Pixel 5a to launch on June 11
Next articleGoogle’s competitors are on their way!